Opened in 2008, the Graça Morais Contemporary Art Centre, in Bragança, is an architectural project designed by Eduardo Souto Moura, who won the 2011 Pritzker Prize.

The project focused on the restoration and expansion of an old 17th-century building, the Sá Vargas manor house, located in the city’s historical centre. This Art Centre’s mission is to raise awareness and promote knowledge of contemporary national and international art, in general, and the work of painter Graça Morais, in particular, through a regular programme of temporary exhibitions.

The program of the Graça Morais Contemporary Art Center is based on the presentation of temporary exhibitions.

The project was designed by architect Eduardo Souto Moura. The plan focused on the recovery and expansion of an old manor building from the 17th century. The infrastructure is composed of three distinct bodies. The first one is the existing building, the Veiga Cabral manor house or former Bank of Portugal. The restoration and adaptation of this building allowed to place services such as the entrance/reception, a bookshop, a bar/cafeteria, as well as other adjacent services at ground level, while the seven rooms of the first floor receive the work of Graça Morais. The second body, built on the old garden of the manor house, works as a connection area between the manor house and the new building, and is an exhibition and services area and also a garden and esplanade. The third body, facing Rua Emídio Navarro, is a new construction and the main temporary exhibitions nave. The main entrance is by Rua Abílio Beça, but the public can also access the space from Rua Emídio Navarro. 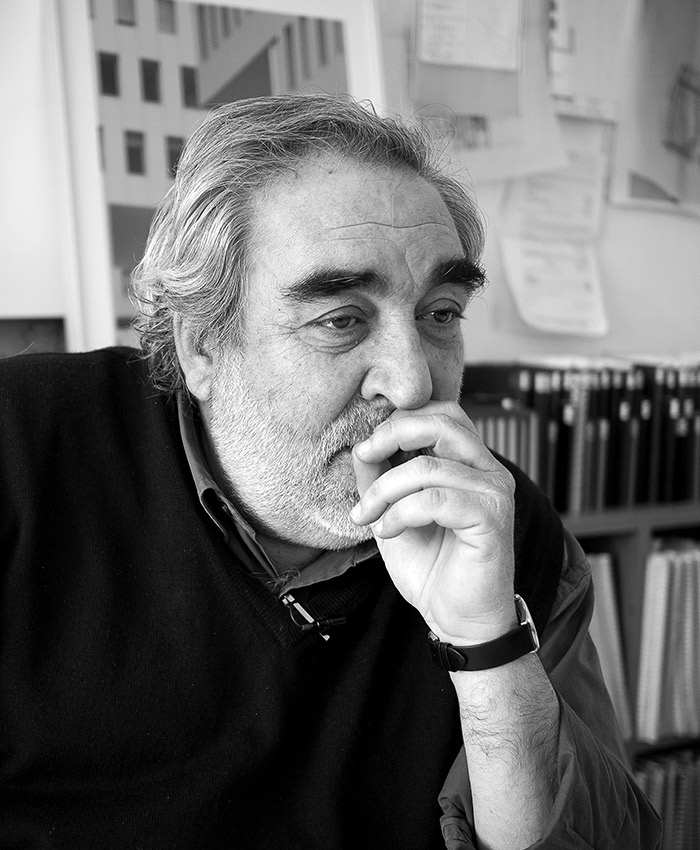 Eduardo Souto de Moura was born in Porto on July 25, 1952. He studied at the School of Fine Arts of Porto, where he completed the course of Architecture in 1980. He was the author of numerous works of rehabilitation that focused on properties of great heritage value, the history and the ruin being the raw material for the design of the new project. History and contemporaneity are not mutually exclusive; sometimes they are juxtaposed, other times they are mixed to create a new object that carries within itself all the energy of the past in the affirmation of the present object.

If at the beginning of his career he approached minimalism, with Mies Van der Rohe as a reference, he later experimented with other paths that explored more complex forms, getting closer to Álvaro Siza, his first master.
He has received numerous awards, including the Pritzker Prize in 2011.

Among others, he designed the Centro de Arte Contemporânea Graça Morais in Bragança and, in collaboration with Álvaro Siza, the rehabilitation of the Museu Municipal Abade Pedrosa and the headquarters of the Museu Internacional de Escultura Contemporânea in Santo Tirso.

Educational workshops for people with disabilities